As the first sunny warm days appear in Athens, our old familiar friends also appear in the Museum’s grassy forecourt.  Yes, our loveable tortoises! At their own slow stable pace, they wander around the Museum grounds, unbothered. They seem to be clear on where they are going and with their gentle persistence they make it there! If you need convincing of how successful the tortoises’ determination makes them, you just need to ask the Hare from Aesop’s fable ‘The Hare and the Tortoise’! That silly hare thought that the slow walking tortoise was easy to beat! Well, the tortoise showed him! For the ancient Greeks the tortoise was precious! They believed that the little animal warded off evil, and that its stable persistence represented a symbol of strength. That’s why the tortoise’s image is seen in the Museum decorating some of the ancient objects.  Now according to our sources, (Greek myths), the tortoise was once a young woman called Heloni.  She was cursed to carry a shell on her back with her four legs, as punishment for her rude behavior to the famous god Zeus and his wife Hera. 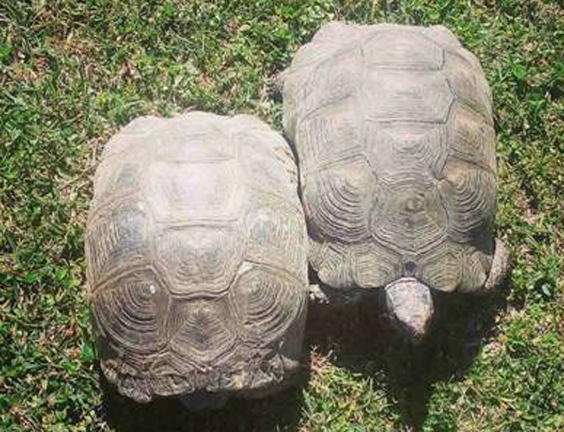 We’ve caught some of the ‘Museum tortoises’ on their recent walkabouts in the museum grounds. 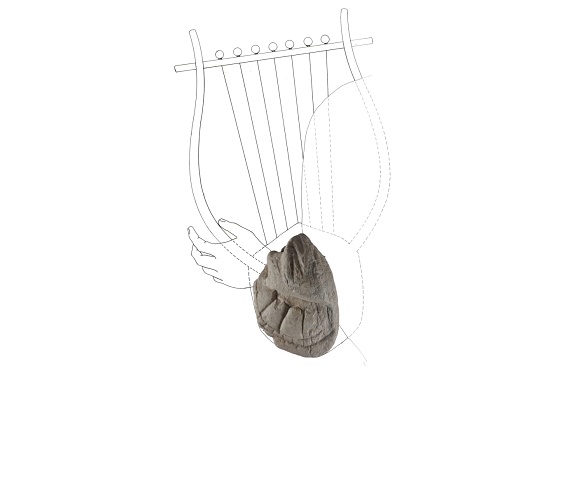 The god Hermes made the first lyre, the musical instrument, using the shell of a tortoise. Here you see part of a lyre as it is shown in the sculptures from the Parthenon.

The file has been uploaded!